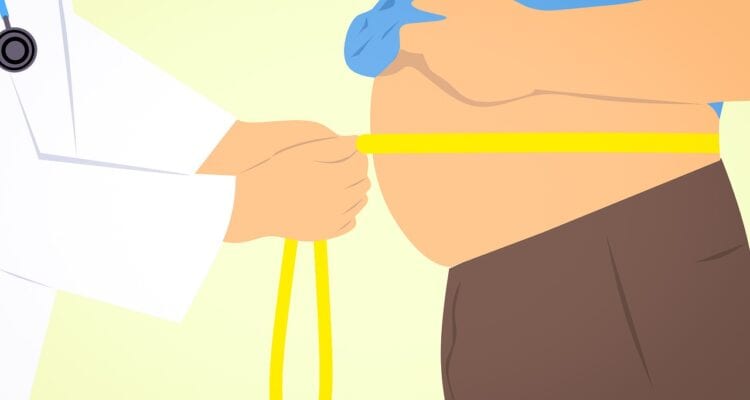 What is insulin resistance?

Insulin resistance occurs when the cells of the body no longer respond normally to insulin.  In fact, they begin to ignore insulin’s signal which means more insulin is needed to overcome the resistance.  This leads to higher-than-normal levels of insulin in the bloodstream over time.

Insulin is a hormone released by the beta cells of the pancreas to help regulate blood sugar, or more accurately, blood glucose.  Basically, it tells the cells of the liver, muscle, and fat to take in glucose to use for immediate energy. When the cells have all their immediate energy met, insulin promotes the storage of energy and the excess glucose, protein and fat are converted to glycogen in the liver and muscle cells and fat in the adipose cells.  When insulin drops to a fasting level, the glycogen in the liver is converted to glucose to maintain a normal blood glucose level and muscle starts using its glycogen for energy  and the fat in the adipose cells start releasing fatty acids into blood stream that most cells of the body can use as an alternative energy source.

Consuming more calories than needed to meet the body’s demand for energy.  This leads to weight gain and insulin resistance especially if it is due to a diet high in simple carbohydrates and saturated fat.

How common is insulin resistance?

Over 1 in 3 American adults have insulin resistance.

Does insulin resistance cause type 2 diabetes?

Yes.  When the insulin resistance reaches the point that the pancreas gets exhausted and cannot make enough insulin to lower your blood glucose then diabetes ensues, and blood sugar rises above a normal level.   Before diabetes there is usually a period of prediabetes when the glucose in the bloodstream runs just a little bit above normal but not at the diabetic threshold for the disease.

Is insulin resistance a health problem?

Yes.  Insulin resistance increases the risk of heart disease, strokes, obesity, dementia, nerve disease and certain types of cancer like breast and colon cancers for those with type 2 diabetes.  It also weakens the immune system making one more susceptible to infections.  If you do not have type 2 diabetes, having insulin resistance is associated with a 2-3% risk of becoming diabetic each year.

What do high levels of glucose do to the body?

At high levels glucose in the blood causes inflammation and damage to the blood vessels especially the smaller ones that feed the organs and tissues of the body.  Since adequate circulation is needed for proper organ function high glucose levels over time damages the heart, kidney, eyes, brain, and nervous system by cutting off a good blood supply which carries the oxygen and nutrients the body needs.  High glucose levels also interfere with cells of the immune system making it harder for them to fight infections and repair wounds as well as monitor for and destroy the cells that turn cancerous.

What are the risk factors for insulin resistance?

What are the symptoms for insulin resistance?

How can you tell you have insulin resistance?

Can insulin resistance make it harder to lose weight?

Yes. Insulin is an anabolic hormone.  It promotes lipogenesis, in other words, the storage of energy in the form of fat.  So, when you have high levels of insulin in the bloodstream due to insulin resistance it tells the fat cells to convert glucose to fat instead breaking down fat to use for energy.  Basically, tips the scales toward making rather than burning fat.

Also, insulin helps control hunger.   After eating something, insulin increases as glucose, protein and fatty acids enter the bloodstream after being digested.  The insulin rise helps tell the brain to stop eating.  If the cells of the brain are resistant to the insulin signal, then the appetite suppression effect of insulin is ignored leading to feeling hungry more and even just after eating.

Can you reverse insulin resistance?

Is there a fad diet that works best if you are insulin resistant?

Although there is some evidence that the intermittent fasting diet may offer some increased benefit when it comes to insulin resistance, and other fad diets, like the Keto and GOLO diets, make a lot of claims, the bottom line is that fad diets are rarely a good solution especially for the long haul.   The focus should be on eating quality foods, getting active and reducing total calories.