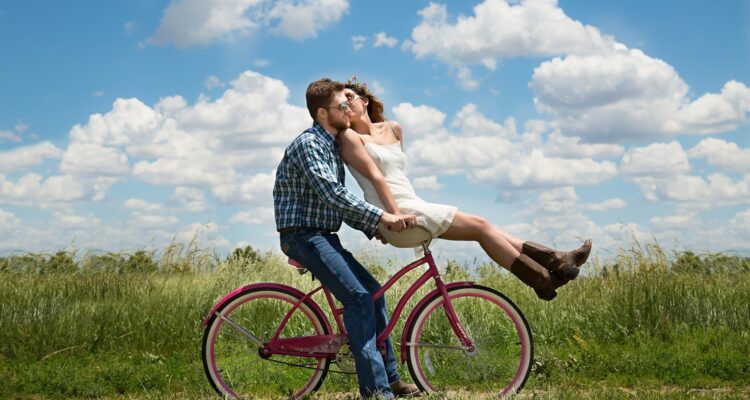 Is it lust or love? Or, perhaps both? That depends on what areas of the brain are activated and processing the attraction. Both lust and love stimulate the nucleus accumbens considered the “reward circuit” of the brain.  The nucleus accumbens is located in the striatum, a structure in the central area of the brain. While lust and love both stimulate this reward center they also activate different areas within the striatum and different areas in the insula cortex, a smaller area of the cerebral cortex between the temporal and frontal lobes in charge of emotional cognition, particularly the interpretation of feelings as they relate to interpersonal relationships.

The striatum is primarily involved in receiving stimuli both pleasurable and aversive, and conditioning the incentive and action plan to obtain the experiences deemed pleasurable and avoid those deemed aversive.  Sexual desire, or lust, activates the same areas that are inherently pleasurable like food and sex, but love activates areas pleasurable to things that have been learned, or rather, conditioned to be associated or paired directly with pleasurable things.  Interestingly, love is “learned” in the brain much like habitual drug use, another conditioned behavior.

The insula cortex is involved in linking an “experience” and giving it an inherent value.  In other words, the insula functions to help process a feeling and to link it with an emotional value relating primarily to social or interpersonal relationships.   Sexual desire acts in the posterior part of the insula cortex while love acts in the anterior part.  The middle is reserved for relationships involving both love and desire, and this middle area becomes more and more active as sexual desire evolves into love.  So lust is more like a pleasure craving while love is more like a conditioned addiction.

You knew that?  Yep, your brain told you.  But what your brain did not tell you was that if lust grows into love then breaking up always leads to a hell of a withdrawal.

So, it is the heart whispering when it comes to lust, romance and love? Nope, it is not looking for any more work than it already has pumping 24/7/365.  It is the hormones doing the talking, jumping and at times raging.  So let’s break them down.

Estrogen and testosterone drive the desire for sexual gratification.  They are primordial.  All animal life forms wants to perpetuate itself and with few exceptions that involves sex. Testosterone is the stronger hormone when it comes to sex drive especially for males.  It is released mainly from the male testes in males with a small contribution from the adrenal glands which is the main source for females. The female sex drive is a function of the “right blend” of estrogen and testosterone with a  splash of progesterone periodically.  Estrogen is released mainly from the female ovaries with small contributions from the fat cells and adrenal glands which are the only source for men.  Regardless of the intensity of the sexual interest, both male and female sex hormones usually peak along with sexual drive in the early 20’s and decline slowly with age.  However, at female menopause estrogen levels drop at a steeper pace as the ovaries shut down which may dramatically reduce the female sex drive but not for all and in fact some may even get a boost.

Next up is oxytocin, dubbed the “cuddle” hormone, and vasopressin.  These two hormones play a big role in transforming casual lust into serious love.  Oxytocin is released from the pituitary gland during sexual arousal and levels peak at orgasm.  The initial build up is stimulated by sexual intimacy especially the skin-to-skin contact in certain erogenous zones. Oxytocin produces feelings of calmness, security and contentment after the surge and these qualities are often associated with loving relationships. Interestingly, the other two times in life oxytocin is also released is during childbirth and breastfeeding. Bonding experiences, just not necessarily linked to sexual pleasure, at least I think but personally cannot remember.   Vasopressin, another bonding hormone primarily for males, is released after orgasm and is believed to involve the euphoria of being with a certain other person and not just sexually.  Vasopressin and oxytocin are suspected to be the primary promoters of monogamous relationships between love birds.

So what about the initial romance? Now we are talking about emotions! This space is occupied by a chemical nightmare.  Dopamine, the pleasure/reward neurochemical, creates the euphoria. It is that “high feeling” that stays on the mind like a good dessert.  But any withdrawal from this dessert causes a burst of cortisol, the stress hormone, which leads to a dip in serotonin levels.  Serotonin helps fight stress, depression and anxiety and low serotonin levels are also found in obsessive compulsive disorders.

So, you got dopamine sky high, cortisol ripping and serotonin tanking.  Here comes worry, frustration, desperation, fear, aggression – you name it, it’s all in there – feeling a little overwhelmed? Now comes the norephinepherine to the mix bringing energy to the party.  Feeling a touch restless and maybe some sleepless nights? Probably can’t think that well either, at least about anything but the emotional rollercoaster.  Not that’s what I call intoxicating!

Sarah’s Weight Management Corner
When is comes to sex, you are not in it for the calorie burn.  Men burn 3.5 calories per minute and women 2.6 calories per minute.  That’s about 35 and 26 calories for a 10 minute session. So unless it is a sexathon, you still have to skip dessert. Hold the orgasm and go for a jog!

John’s Healthy Lifestyle Corner
After sex the release of oxytocin has a calming affect on the body and brain.  This is good for stress reduction and sleep. Studies show having sex at least twice a week can lower blood pressure and reduce the risk of heart disease. Sex is a healthy habit, just keep it safe!