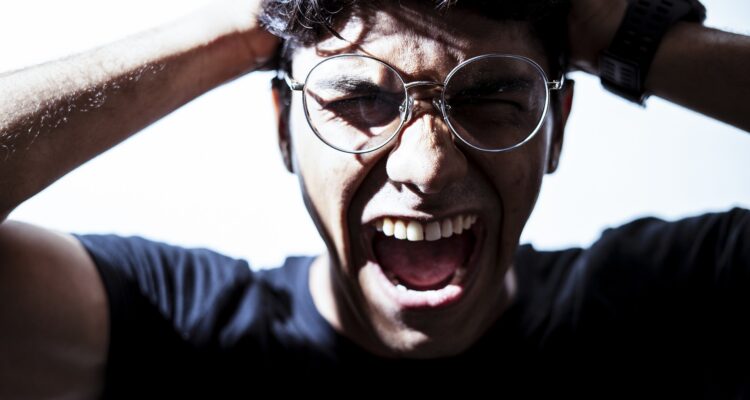 Anger is a normal and natural emotion provoked by something painful or threatening.  Anger is universal to humans as well as higher functioning animals.  Anger has survival value and causes a rush of adrenaline, noradrenaline and cortisol.  Muscles tighten, heart rate increases, blood pressure rises, focus narrows and senses heighten.  It prepares the body, mind and spirit for aggressive confrontation.

Anger is a basic emotion but unlike other basic emotions anger is not spontaneous, it is triggered. And once an anger threshold is crossed, it happens. But the trigger, threshold level, and expression of anger differs from person to person influenced by upbringing, culture, genetics, past experience and conditions like alcoholism, tobacco use, drug abuse, depression and anxiety.  Despite being hardwired into the human psyche, the expression and management of anger is predominantly a learned behavior.

Anger is typically triggered when something physically or emotionally unpleasant is experienced and there is a perception that an injustice has taken place.  For example, a demotion that is felt as undeserved or something said or done that is unpleasant and felt to be unbecoming.  The perceived injustice can be toward oneself or toward another person or object and the anger can be directed inwardly or outwardly.

Anger is not a bad feeling. In fact, it often feels good. Anger distracts from the pain or vulnerability that caused it.  Anger can invoke a feeling of moral superiority or righteousness.  Anger can be liberating and the harm the anger may result in is “vindicated” because it is an attempt to correct an injustice. However, more often than not one’s perception of injustice and justice may be in direct conflict with the “reasonable mind” and, if not well managed, anger’s temporary boost in self-esteem and motivation to correct a wrong can result in significant negative consequences for the bearer especially if it strongly conflicts with societal norms or laws.

There are three general ways anger is expressed:

In the end anger does motivate and if channelled constructively can bring about positive change. Appropriately expressed anger can have health and pain reducing benefits.  If poorly managed or if allowed to fester internally, anger can have negative health effects with increased pain and mental frustration.

Men and women, in general, think differently.  Men are more intrigued by things and systems while women prefer to think about people and emotions.  Since genders think differently and talking is basically thinking out loud, one would think that men and women would talk differently, right? Yep, they do.  For one, women talk more than men. Why? Simple, women are better talkers.  Communication matters more to women and they have a higher verbal and social cognition while men tend to do better with visuospatial and mathematical comprehension.  Although this may not apply universally to every male and female, real, not woke, science does strongly suggest these differences do exist across most populations, countries and cultures.  So let’s roll with this stereotype.

Women use conversation to connect with people and they like to talk more about people, feelings and relationships. Men like to engage in conversation to solve problems and get stuff done, and, therefore, focus more on facts and how things happen. Women like to promote cooperation, bring harmony and express preferences with their words.  Men like to use language to compete to acquire status, demonstrate what they know and prove they have solutions for complicated problems.  Women like to bounce ideas and thoughts around while men like to finish one thought, compartmentalize it and move on. Again, a generalization but a fairly accurate one.

Since miscommunication can cause a lot of grief, the better we are at talking with each other the less complicated our lives become. With this in mind here are some tips on how to become a communicator: